Stories
by Carolina Maia
CNN Traveller reports on the 10 prettiest villages in Portugal – and their choice may surprise you!

There’s more to Portugal than Lisbon and Porto – more than the golden coast of the Algarve and the hippy beach clubs in Comporta.

Beyond the big names, there are alluring villages and beautiful towns to seek out – these are our 10 favourites across the country.

This little village sits among the pine forests, rice fields and dunes near Comporta with a wonderful white-sand beach that is the perfect setting for a gallop as the sun sets. Rent a horse from nearby Cavalos na Areia and pick your way over the dunes to the foam-flecked turquoise waters. Alternatively, try the Comporta Beach Club on Praia de Carvalhal and lunch on the freshest oysters with your feet in the sand before winding back through the village past storks nesting on telegraph poles and houses in the characteristic thatch and reed vernacular architecture. 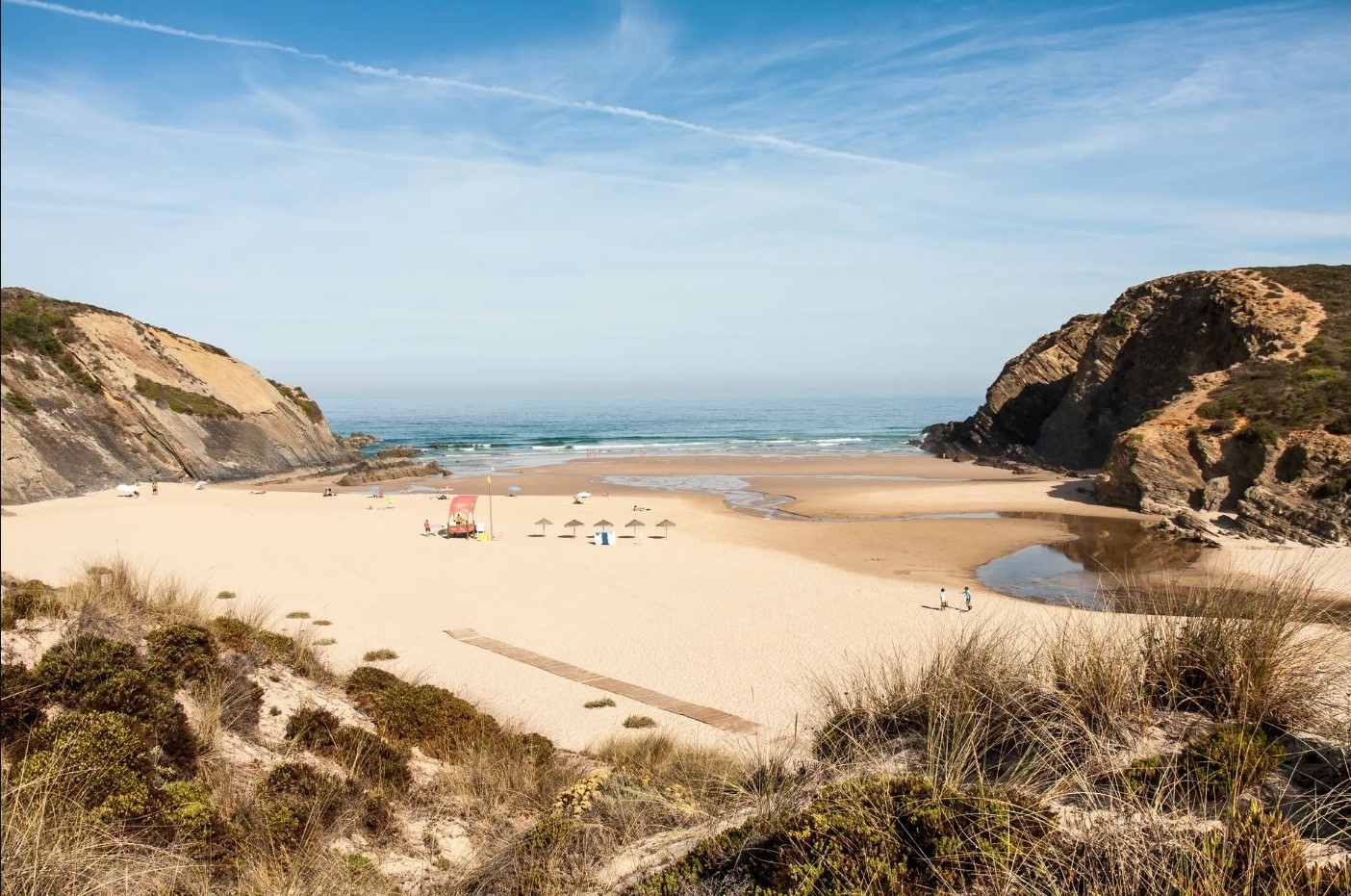 Lindoso in the Peneda do Gerês National Park, one of Portugal’s greatest natural attractions, is known for its collection of over 50 espigueiros or little granaries. They look like miniature tombs with crosses on the top and are made from granite, raised on columns and slatted for ventilation. The design keeps grain and maize at the right humidity. The village lies in the shadow of a medieval castle that played a part in the Portuguese Restoration wars, due to its position on the Spanish border. Surrounded by wild, dramatic scenery and forest-clad peaks, the park is home to wolves and golden eagles. 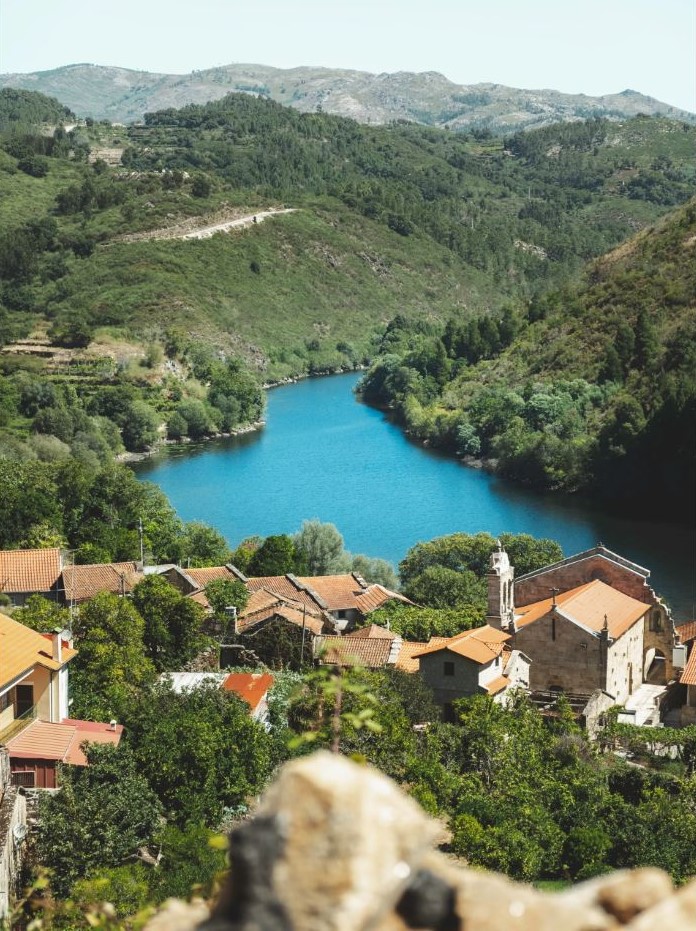 By the time you arrive at the 13th-century walls of Marvão, Alentejo’s most beautiful hamlet, you will already have fallen for its charms. It sits at 862 metres on a majestic escarpment facing Spain, its walls and buttresses indistinguishable from the granite of the mountain it sits on. These walls completely enclose the tiny white-washed houses, cobbled streets and 15th-century churches that make up Marvão. Stop for a few days at the charming little Pousada in the main street and soak up the views from its terrace. 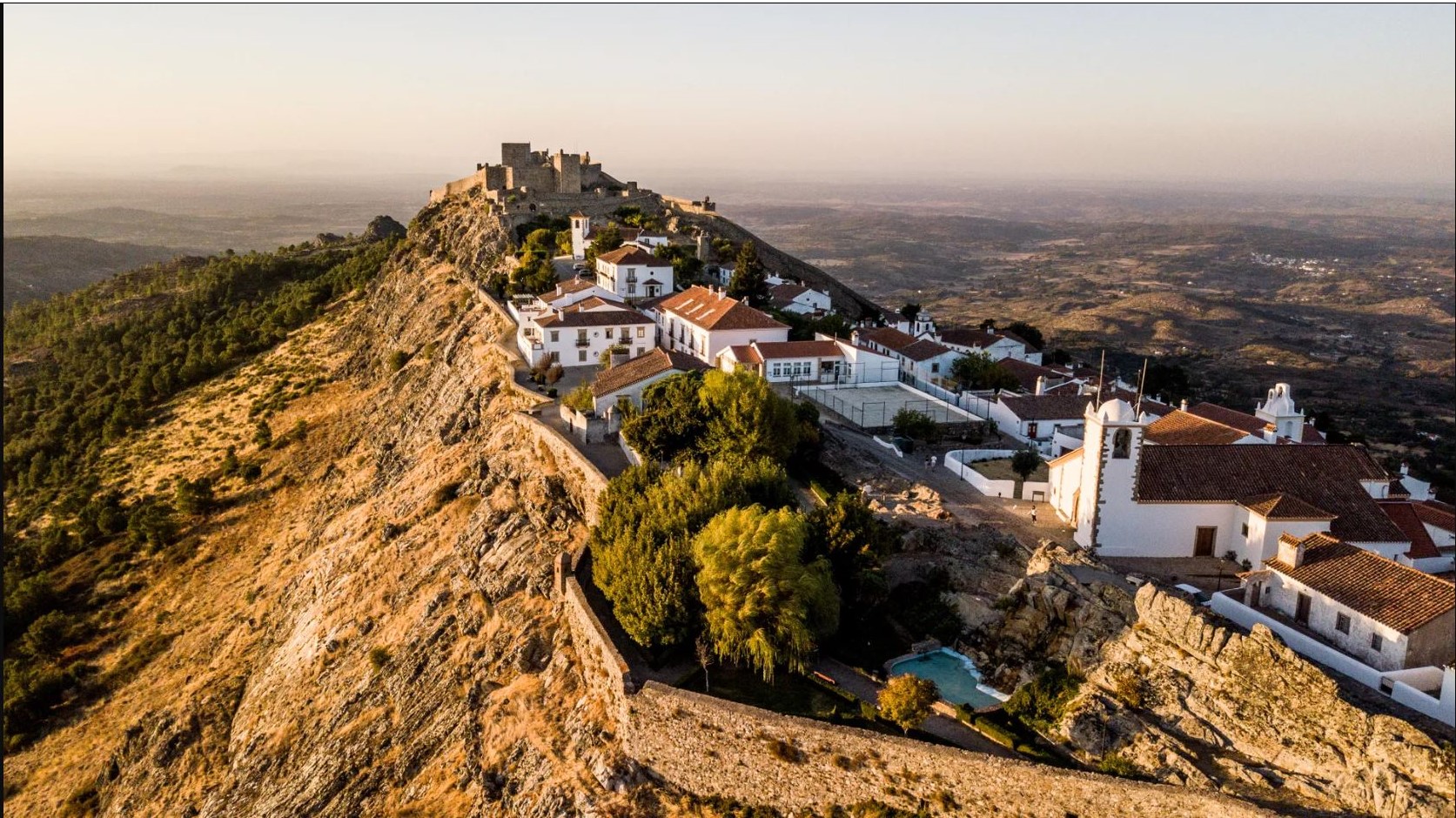 This tiny village sits on a hill at the eastern end of the beautiful Ria Formosa Natural Park, protected by the ruins of an 18th-century fortress. White-washed houses are trimmed with blue to ward off the devil and topped by intricate chimney pots characteristic of the Algarve – just one of the signs of the long Moorish occupation here. The 16th-century village church was rebuilt after Portugal’s devastating earthquake of 1755, complete with a Renaissance-style portico. Beneath it are golden sands, home to warm lagoons at low tide and probably the best off-the-beaten-path beach in the Algarve. 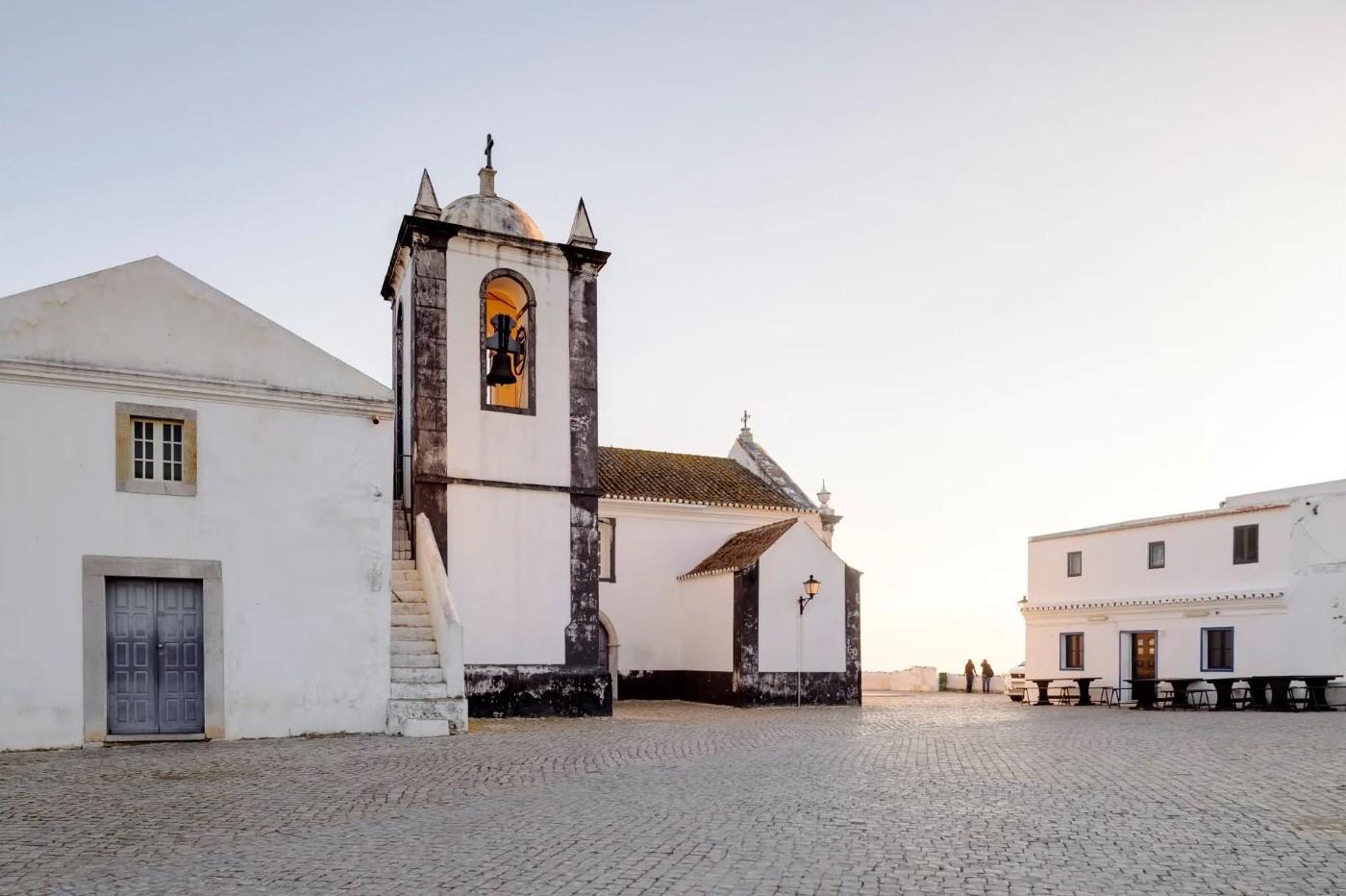 The home of Pedro Álvares Cabral is also known for its strong Jewish connections. Uniquely, it seems to be the only place on the Iberian Peninsula that retained its Jewish heritage and culture, albeit in secret, from the 16th century until the present day. Step into the Belmonte Jewish Museum to learn more. Also worth visiting are the 13th-century castle and the little church of São Tiago with its pleasing Romanesque simplicity. Look out for the beautiful pietà, carved in granite. 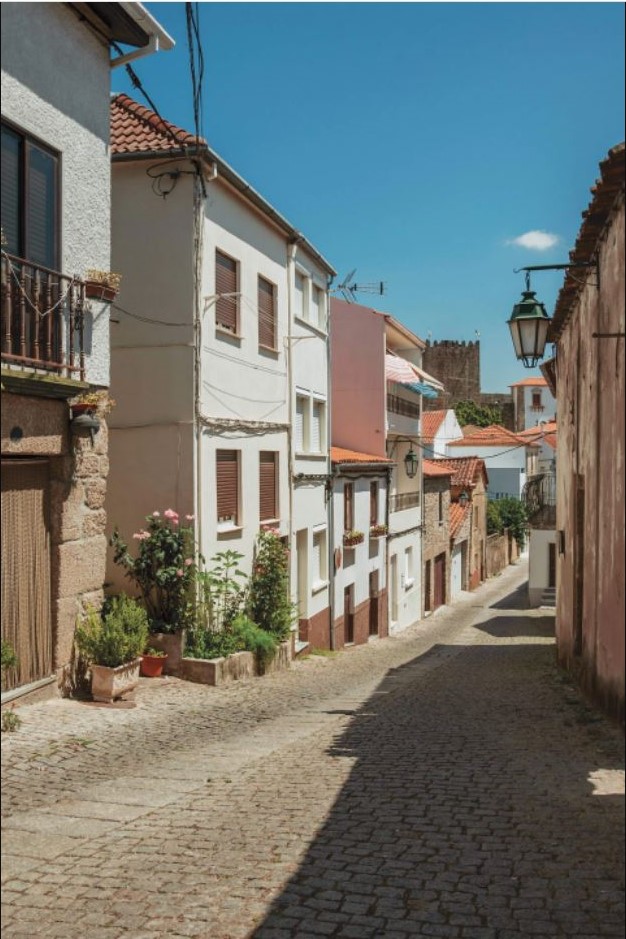 Amarante is one of the hidden gems of northern Portugal, where rows of 17th-century mansions with brightly painted wooden balconies line narrow streets. Next to the 16th-century church of St. Goncalo – a saint who holds a particular place in the heart of the locals for his matchmaking skills – is the Museum of Amadeo de Sousa-Cardoso. One of Portugal’s leading 20th-century artists, Sousa-Cardoso was a native of Amarante, and there is a collection of his Cubist works here. Try the northern Portuguese specialities of duck rice or grilled goat at one of the restaurants that hang over the Tâmega River. 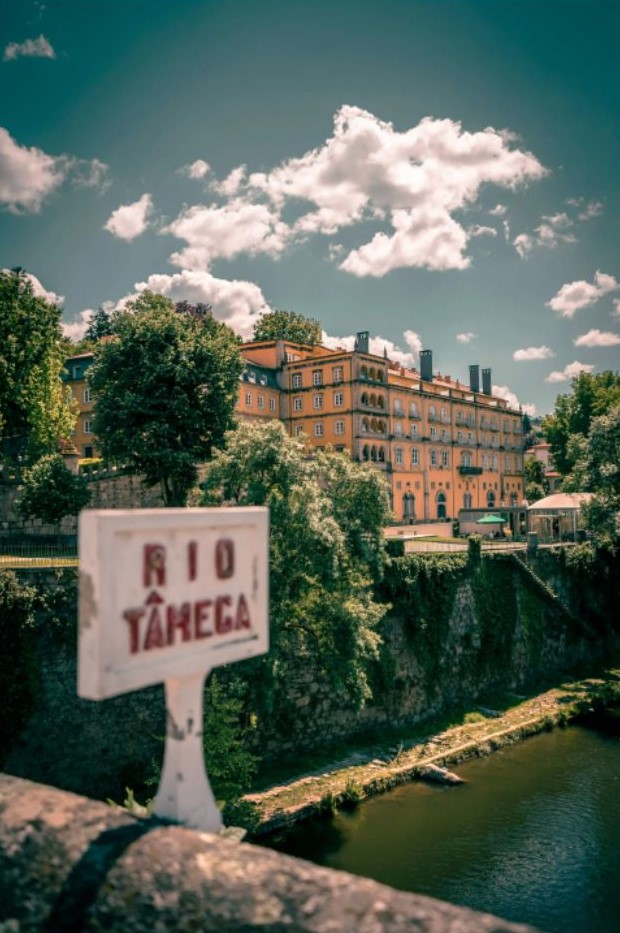 Moorish occupied Monsanto was conquered by the first Portuguese King, D. Afonso Henriques. He gave it to the Knights Templar, who rebuilt the ancient Roman castle, now in ruins. Strikingly authentic, Monsanto was, in 1938, voted ‘the most Portuguese village in Portugal’. Little houses are squeezed between vast boulders of granite; gardens seem to sprout from the rock. Cars cannot venture into the village centre – wander up to the castle ruins for the best views and then settle in for lunch at Petiscos and Granitos restaurant and order the typical broad bean and coriander soup. 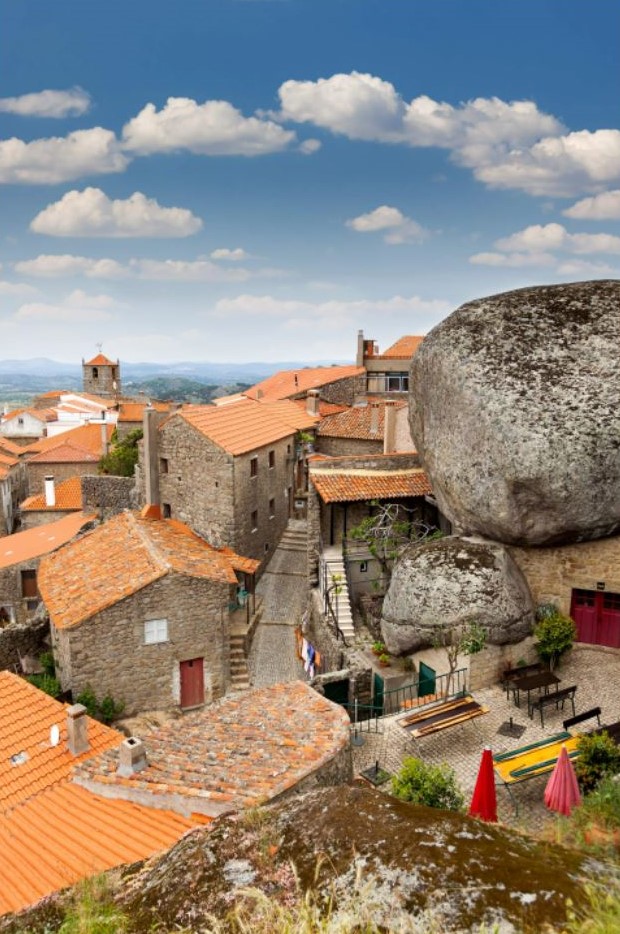 Sortelha sits on a granite outcrop offering mesmerising views over the landscape from the high keep of its 13th-century castle. Just in front of the castle entrance is a 16th-century pillory with an armillary sphere on top. Bizarre looking granite formations surround the village; one is called The Old Woman’s Head due to its likeness. Another is called The Eternal Kiss. Surrounded by its defensive wall, the houses have changed little since Renaissance days providing a time travel feel and a perfect platform for their annual mediaeval fair. 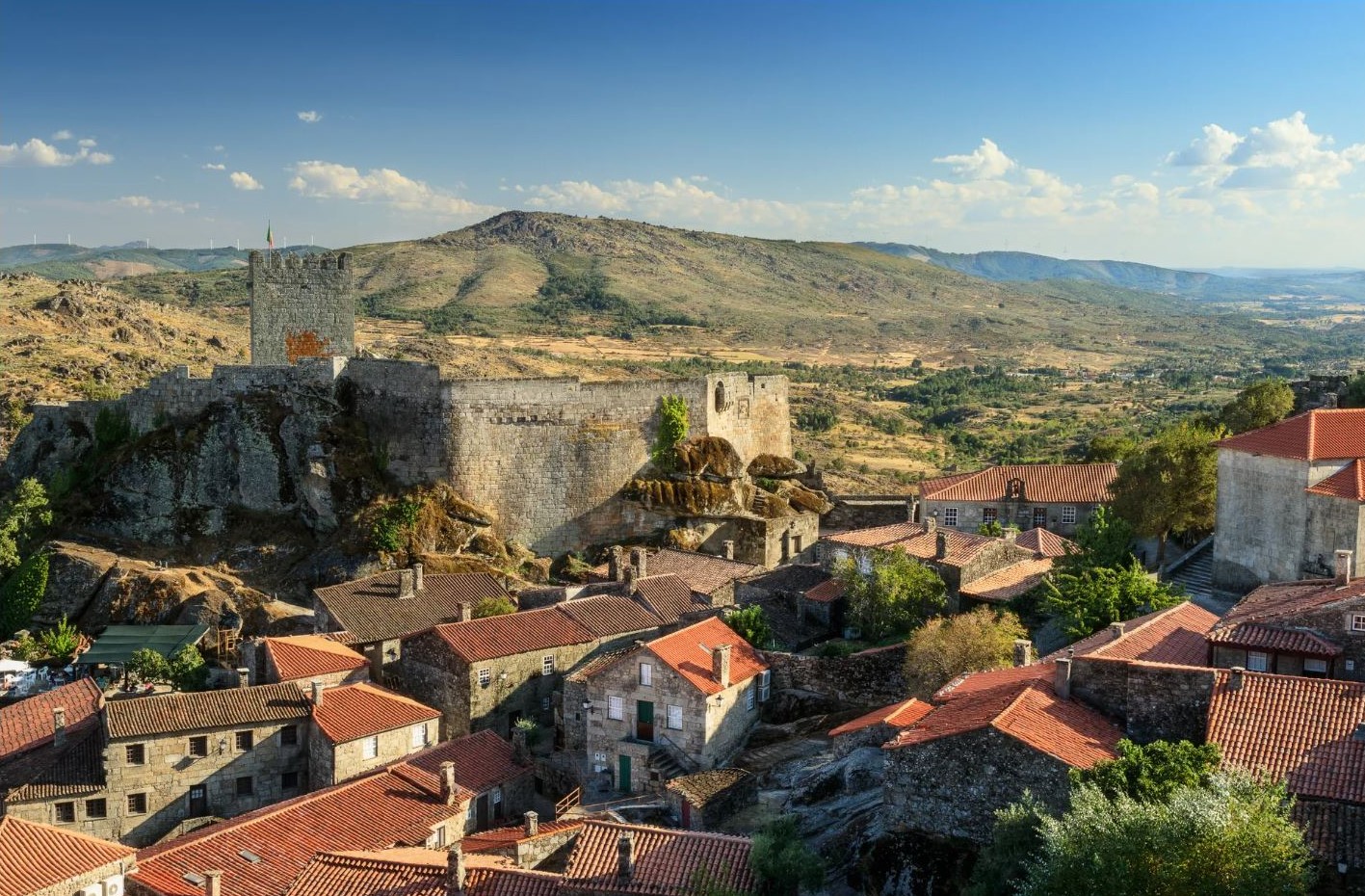 Alte is a dreamy mix of white-washed houses, cobbled streets and scarlet bougainvillaea. In the heat of summer, refresh with a dip in the Fonte Grande – one of the village’s natural springs known for their purity, now river pools. Picnic on the grassy banks or try one of the many cafés, where locals go for snails and a Sagres beer. Alternatively, buy some carob brownies and head for the shade of the small village museum.

The 27 schist (shale) villages that have – beautifully preserved in the centre of Portugal – are scattered across the countryside with the most crucial cluster in the Lousã Mountains. Historically important, they have been linked by walking trails and deliver a taste of the region’s cuisine and crafts. Talesnal is considered the prettiest example, with much loved Ti Lena restaurant at its heart. Try the goat, baked with chestnuts from the surrounding mountains, or stop at one of the village shops for a talasnico, a pastry made with local honey, chestnuts and almonds. 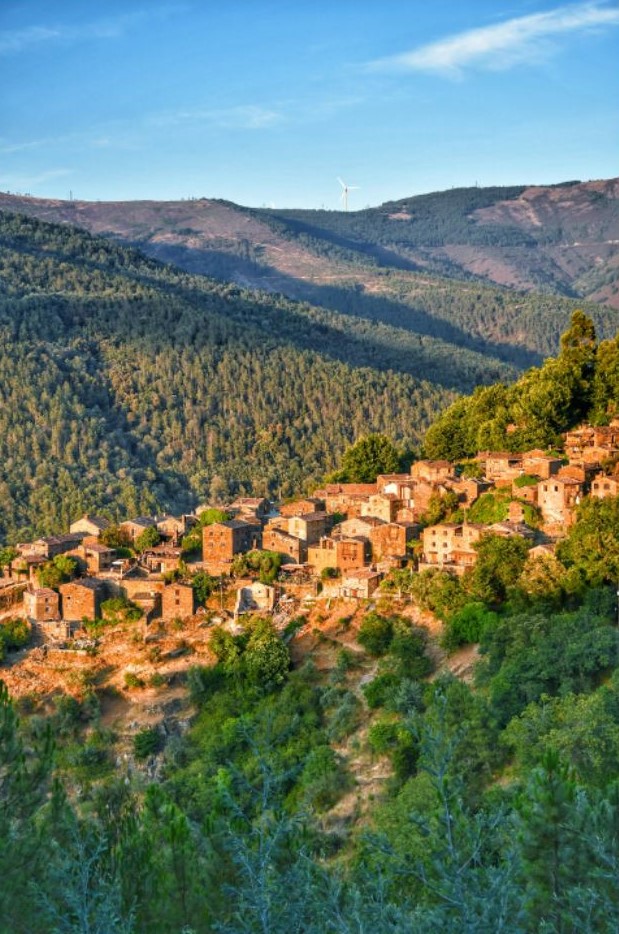