Stories
by Carolina Maia
What does Marvila have that no other place in Lisbon can offer?

Between Santa Apolónia Train Station and the Marina of Parque das Nações, there is a 6-kilometer line facing the Tagus River that includes some of the least valued districts in Lisbon: Xabregas, Grilo, Beato and Marvila.

However, Beato and Marvila have been making themselves heard. And the echo of these voices has attracted attention and expectations. And investment.

Area view over Braço de Prata, a riverside area in Marvila, in a setting where the Prata Riverside Village development is already finished. By Vic Properties.

LET’S LOOK AT THE NUMBERS

Starting with the parish of Beato (which includes the neighbourhoods of Xabregas and Grilo): according to the Housing Price Statistics at local level, based on numbers of the National Statistics Institute’s (INE) between the 1Q of 2018 and the 4Q of 2021, the median of prices/sq. m. increased 62.5%.

But what is truly surprising? This variation represents only half of the price evolution in the parish of Marvila during the same period: 124.9%.

Chart 1 – Evolution of median prices per sq. m. (€) of residential property transactions in the parish of Marvila. Source: Statistics Portugal.

Anyone with some capital and a good deal of love for money, when analysing Chart 1 (note that between 1Q 2018 and 1Q 2019 transaction values increased by 87.9%) will believe they missed out on a great investment opportunity in Marvila in 2018.

Because when we observe the official statistics on house prices in Lisbon, the most obvious conclusion is that the houses in that parish (more than) doubled their market value in less than 4 years…

But what if I tell you that’s not necessarily true?

The bad news is that reading statistics without context may suggest misunderstandings. The good news is that the best timing to invest in Marvila may not have passed yet.

When we walk along the riverfront of the parish of Marvila, in an area also known as Braço de Prata, it is practically impossible not to notice the construction sites and the bold architecture buildings that have emerged during the last 4 years.

Plans for a development in that location are two decades old, and its history includes a lengthy city council approval process, an insolvency, and foreign investment.

The result is the following: Prata Riverside Village is the only residential unit, from the villas in São João de Estoril in Cascais to the apartments at the Marina of Parque das Nações, that offers (some) units literally in front of the river or sea, without even a road or railway track separating it from the water.

This differs drastically from the industrial occupation that characterizes much of Lisbon’s riverfront. 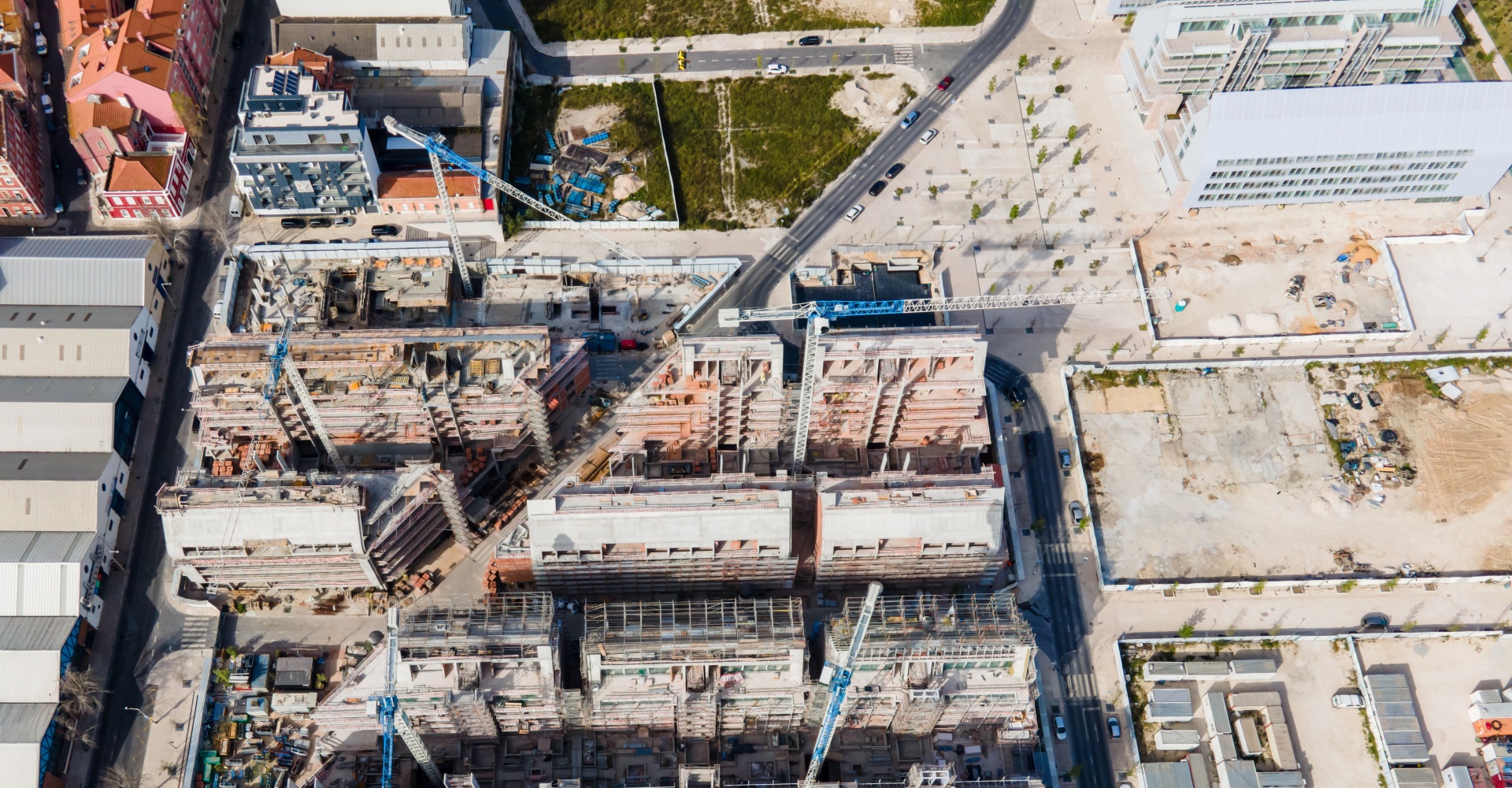 AFTER ALL, WHAT HAS CHANGED?

In Marvila, part of the soar in house prices is explained by the emergence of new properties, at prices that radically contrast with the market value of those that already existed. In Marvila, few houses were being sold and at the lowest values of the entire city of Lisbon.

So, we cannot say that the value of houses in Marvila has doubled. It is the profile of the residential park in that parish that has changed, due to the introduction of a type of product that differs from the original offer.

Prata Riverside Village (and very soon other ventures: Jungle Lofts, Prateato, The Brick…) alter(s) the perception of land value through the transactions they generate, at values/sq. m. far higher than what was, until recently, the local reality. It is the effect that a highly newsworthy development – with the signature of an award-winning Pritzker Prize architect, a privileged location, and the ambition to revolutionize that city area – produces on the expectation of the evolution of the value/sq. m. in a parish that, until a few years ago, most people living in Lisbon would find hard to locate on the map.

Because the most significant variation in the price of land in Marvila does not necessarily occur when new apartments with river view are sold at higher prices.

It shall (will) occur on the day that these projects have managed to attract a network of services, social dynamics, and structures, which have such an impact in that local community, that the simple meaning of the word Marvila will sound different for most people.

And VIC Properties (the real estate developer of Prata Riverside Village) has not left fate in the hands of some “invisible hand”.

Care such as the non-alienation of the development’s commercial areas, assuming for himself the decision of the type of retail that is installed, the status of Lisbon Week 2022 official partner (edition entirely dedicated to Marvila), or the assignment of commercial areas to artists who found themselves without a workspace in the wake of the pandemic, suggest that this developer’s commitment does not end with the delivery of the apartments.

Why? Probably because his vision and ambition for Marvila does not end with those 12 buildings.

Satellite view of Marvila and neighbouring parishes, and the location of the Matinha plot. By Google Maps.

WHAT IS THEN YET TO COME?

The satellite image shown above comprises the entire area of Marvila (the parish borders are faintly marked with a red line) and part of its neighborhood. Even knowing that a good part of that green space regards Parque da Bela Vista, it accurately illustrates how Marvila seems to have much more potentially developable areas than its neighboring parishes.

With the exception of Lumiar and Santa Clara (which share what is usually called Alta de Lisboa), it is difficult to find other parishes in the capital where one can even imagine so many new houses as those potentially available in Marvila.

The circle next to the bank of the river Tagus marks the land of Matinha, which VIC Properties purchased from Novo Banco in 2019.

Little is yet known about the project, but the press has announced – in addition to the millions invested in soil decontamination – that the land will cover 49 acres, and that it should include the construction of about 2,000 apartments and townhouses. Such a project will certainly take many years to be finished, and any risks that may arise from its implementation will also represent a part of the risk of anyone who wants to invest in it.

Now please note its location: it is the plot of land between Prata Riverside Village and Parque das Nações. In other words, this urbanization will ensure the continuity of residential buildings between Braço de Prata area and what Lisbon citizens usually call “Expo”, in allusion to the universal exhibition that took place there in 1998.

Marvila will not remain the same. Neither will house prices (many of them, far from the Tagus and these new developments), which 4 years ago were traded at €1,500/sq. m.

Some call it the process of positive contamination. There will be those who call it gentrification. When there is a process of change, one cannot expect only good things to emerge. But no one will ever be able to change the requalification of that riverside area, and the appreciation of what Marvila means for the people of Lisbon and the world.

And the idea that that location looks like the strict definition of the most relevant indicator for the appreciation of residential assets:

The perception that living in a certain place today is better than it would have been yesterday, but not near as good as it will be tomorrow.

Matinha Quay. The metallic structures in the background are part of the Matinha plots. By Vic Properties.

The vast majority of what has been discussed in this article concerns the part of Marvila that is closest to the river, usually called Braço de Prata. Being that it is expected that the railway track will be, now and in the future, a kind of border between what can be considered “desirable” and “very desirable”.

But as the satellite image taken from Google Maps well illustrates, this parish is not limited to the banks of the Tagus.

The rest is for the following article. But I will share with you now that Marvila is the chosen location for what will be the largest public construction project of the last decade in Portugal. And whose winning consortium should be known next month.

Article written and published by: José Cabral, A House in Lisbon

To keep updated on how you can invest in Portugal, or if you want to move there for business or lifestyle reasons, make sure you get advance notice of our upcoming Chamber events, by registering on our Moving to Portugal database at:

Portuguese Chamber of Commerce in the UK (list-manage.com)